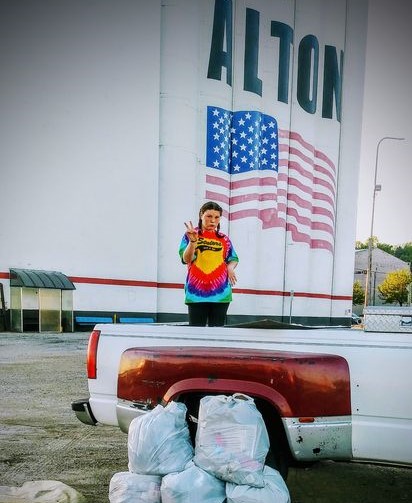 Dozens of organizations and businesses pick up litter in their adopted areas which cover the main thoroughfares in town, and registration stations will be available to provide individuals with supplies to clean up their neighborhoods. Check back soon for full details. We hope you will jump on board and pitch in!

If you would like to  interact with others who are dedicated to picking up litter throughout the year,  join the Facebook group Riverbend Trashtag Challenge! 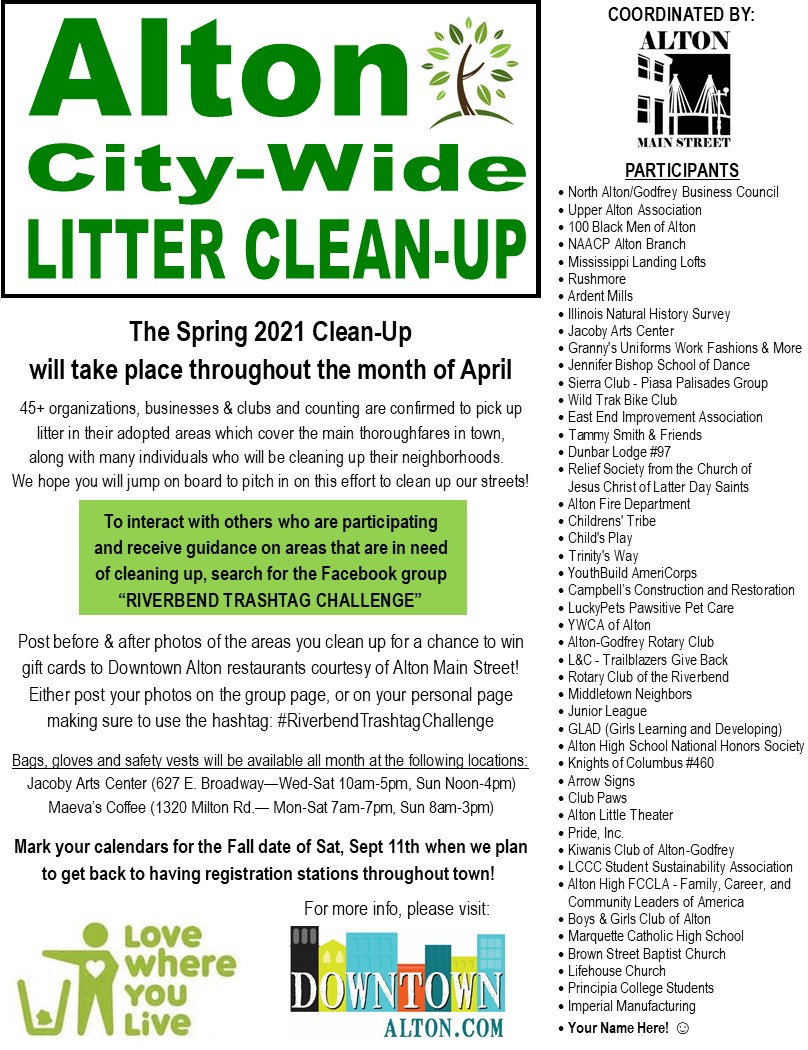 The Alton Main Street program makes a big impact on our quality of life, from numerous fun events to making the front door of our community more inviting.

When you give to AMS, you are supporting:

All things that give Alton its charm and distinct personality

Our historic downtown district is experiencing an influx of exciting developments; please add your support to this momentum and help us create a district that’s flourishing with positive activity!